·The fun special guest star (seriously, it was all fun and no blood and guts...Yet...haha)
·The adorable soldiers who just wanted to go home
·Jon Snow's leadership and the fact that he won't allow himself to be swayed both other people's opinions.
·Sansa's strength and daring. This woman has more Cersei in her than we'd like to admit.
·Euron Greyjoy's level of pure, unadulterated crazy--that man has cojones--or a severe personality disorder...Maybe both.
·Lyanna Mormont--that girl has spunk.
·Arya--she has real strength and it appears that she has developed her own moral code. 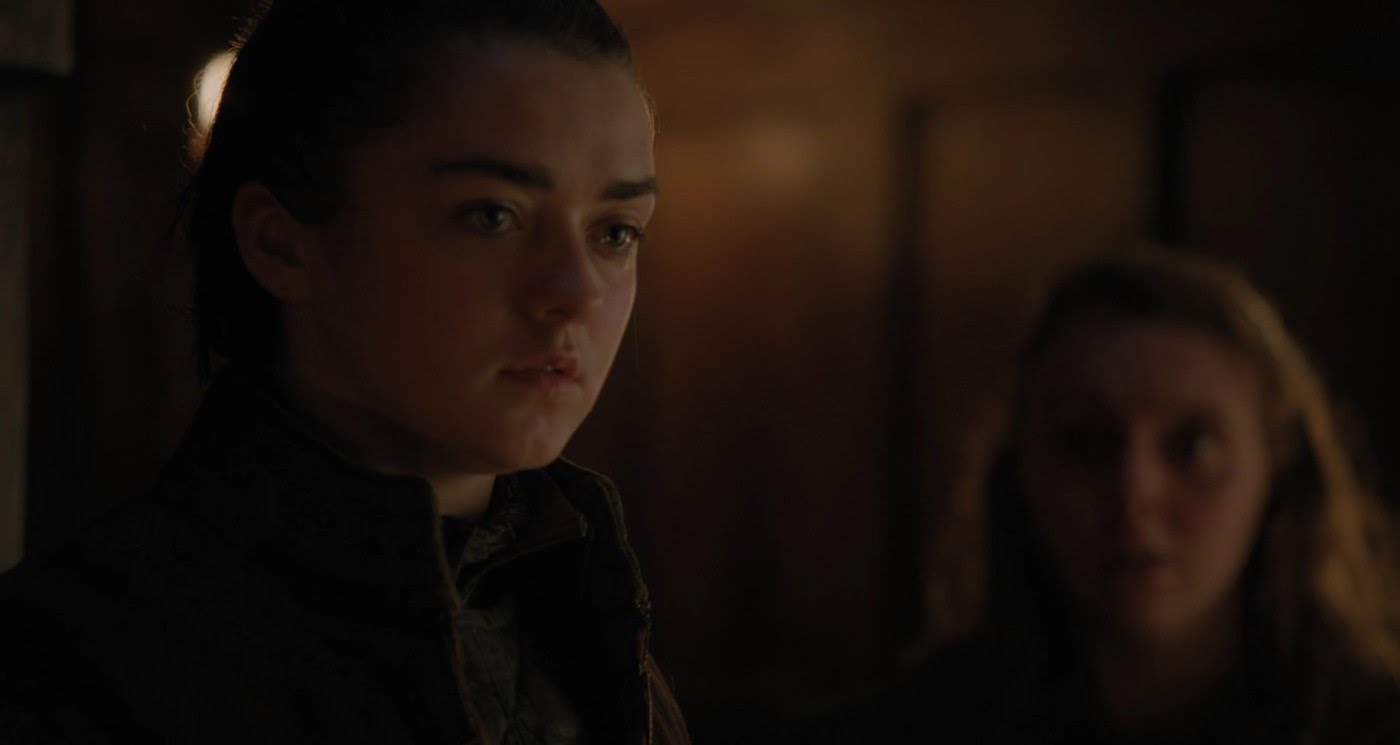 ·The fact that Bran finally reached an important destination.
·Lady Brienne of Tarth (she pretty much always rocks out with her...er...lady balls?? Out.)
·Jaime Lannister for doing his best to stop his sister from going full on sociopath (bless his little one armed heart). Is it possible that there may be a changing of alliances here?
·The new...er...shall we say...blossoming "love story"?

·The new big alliance which will likely be explored in the next episode.
·Dany for finding her place (literally).

·Literary narrative and symbolism for the dichotomy of the Lannisters, two major players in the game of thrones, striding across a painted map of the seven kingdoms like Titans versus Dany gently caressing the war table with a map representing the seven kingdoms.
·Sam for persevering in the face of drudgery.
·Ser Jorah Mormont for his unwavering dedication to his Queen.
·The wonderful addition of Academy Award Winning Actor Jim Broadbent to the show.
·The Night King and his glorious army! It just might give you a chill.
·The Hound for his honor, steadfastness and courage in facing his fear of fire to develop a new gift.
at July 17, 2017 No comments:
Email ThisBlogThis!Share to TwitterShare to FacebookShare to Pinterest
Newer Posts Older Posts Home
Subscribe to: Posts (Atom)